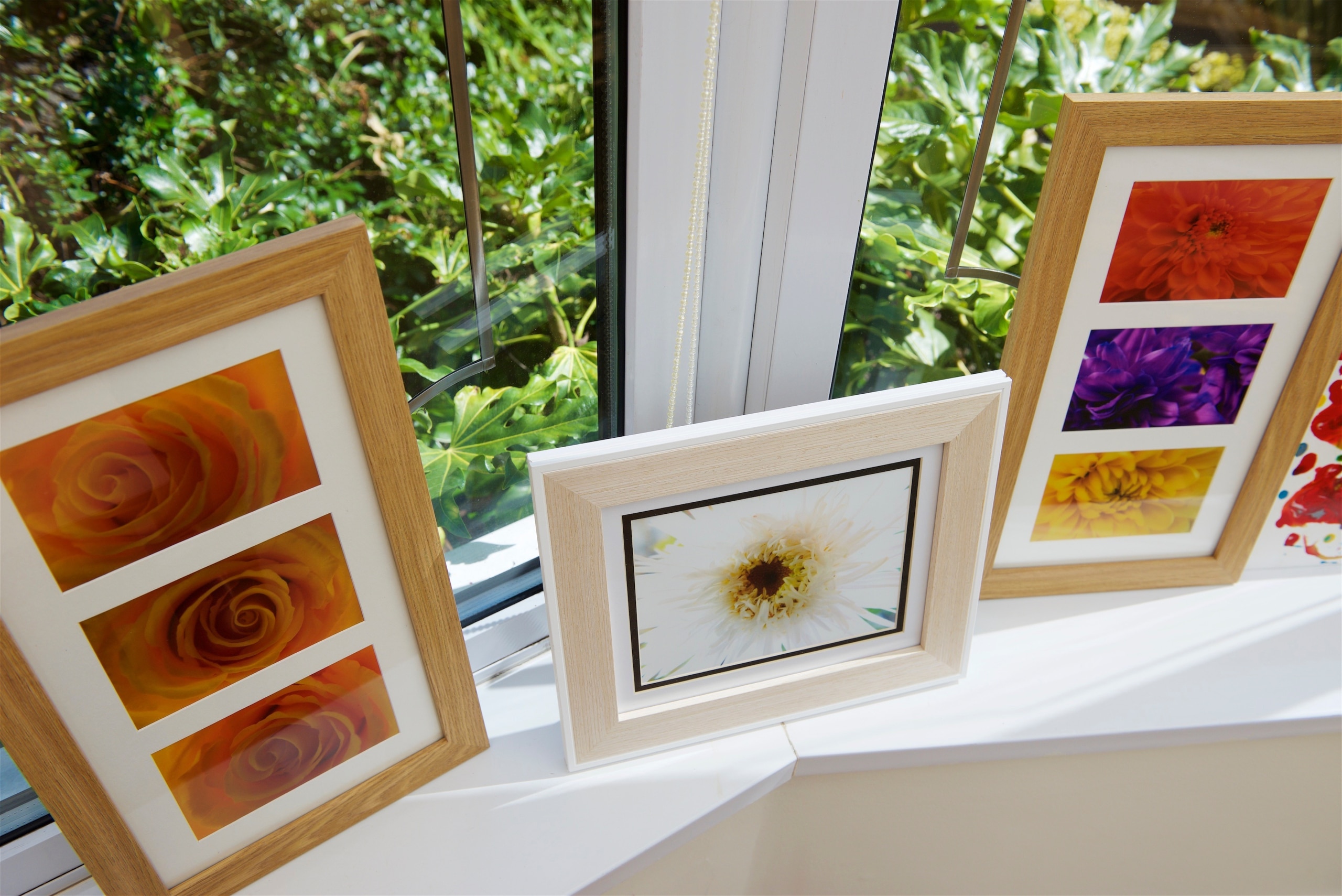 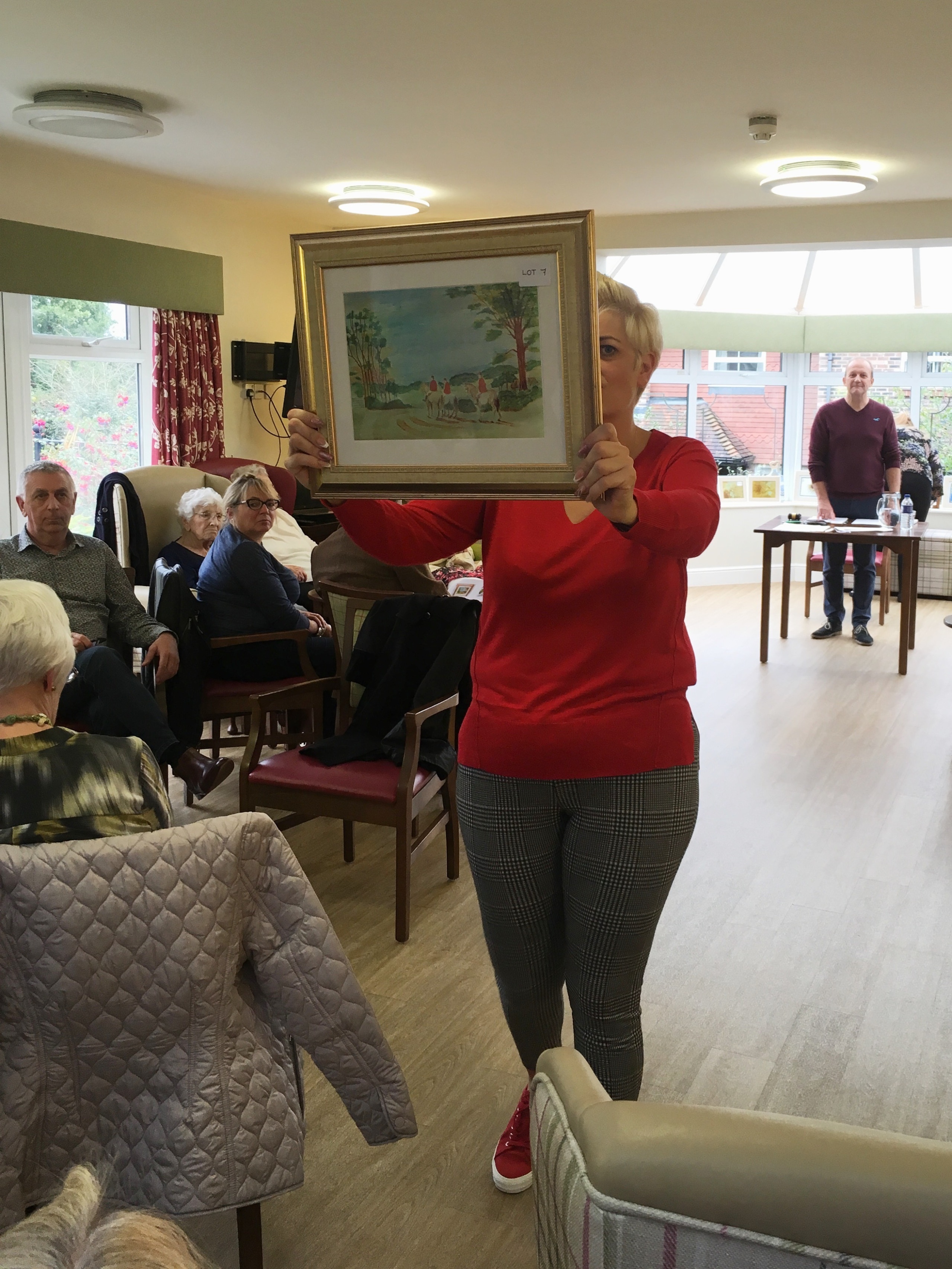 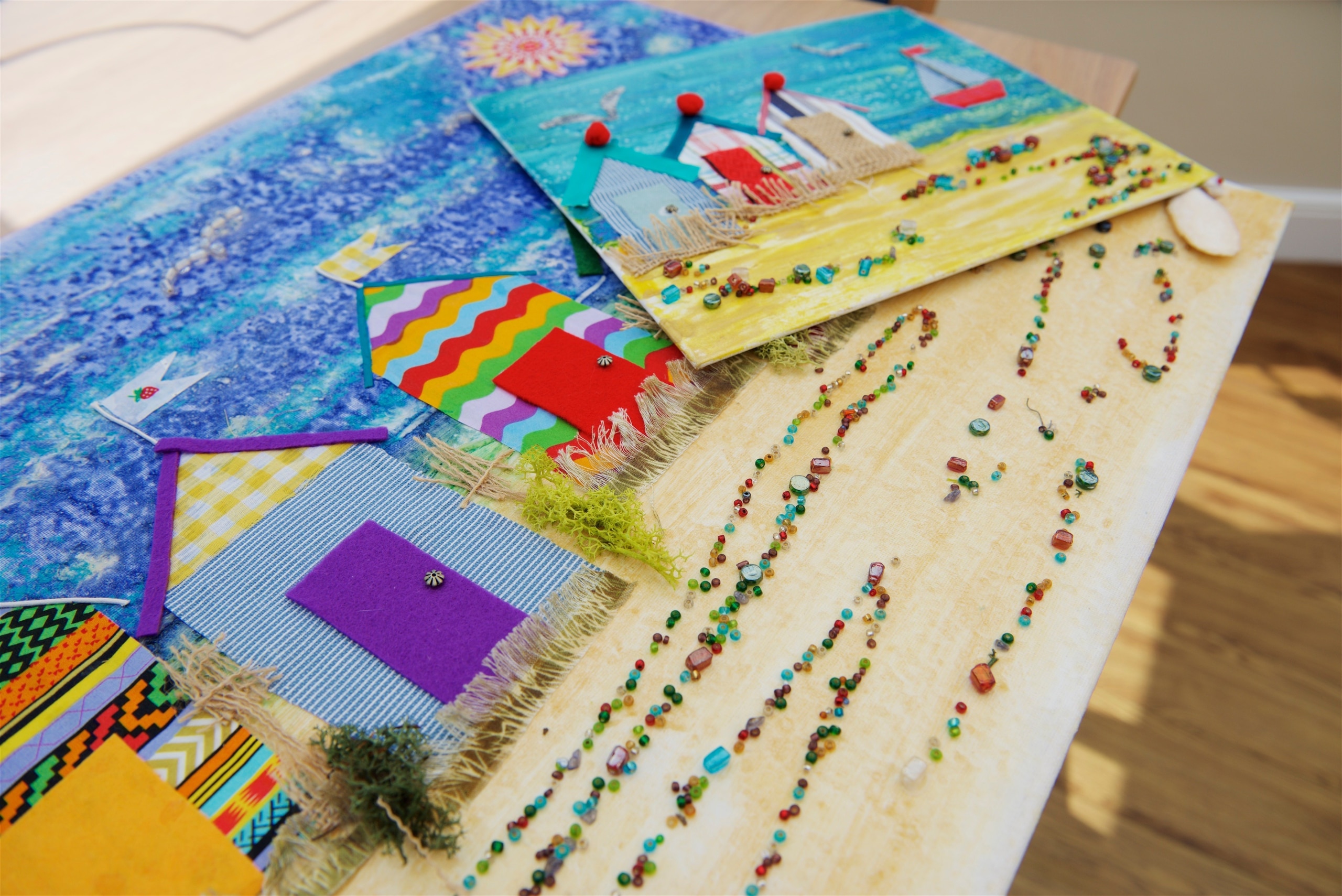 A truly amazing experience to Auction off the Art by the Residents at Woodley Grange.

“I can’t believe that people want our pictures so much”, says Beryl, a Resident at the Care Home.

Karen, the organiser, “Who would have thought when we started out that we would have ever got this far”. That was no exaggeration when quizzed about arranging an art auction & the expected value of the various art and craft, jointly and diligently created by the Residents.

The Auction lasted merely two hours, on a bright Autumn day in the beautiful setting of the spacious Abbey Lounge of the Woodley Grange Residential Care Home. A score and more, of the family and friends of the Residents, flocked to the Home to be part of the bidding process. Refreshments of Coffee, Tea and biscuits were laid out for the attendees.

All the works of art to be auctioned were displayed for viewing, a week prior to the day and some of those, who came and viewed but, were unable to attend on the day of Auction, had left their bids in a sealed envelope to be opened at the bid stage.

On the day of the Auction there was a lot of excitement on both sides. The Residents waited in anticipation of, and, the visitors in expectation for the opportunity to be the highest bidder. The amazing outcome noted was that there was more bidding, for the art piece of other that for one’s own family member. This resulted in an incredible sense of fraternity amongst all the participants.

“Isn’t it marvelous that we did so well and that our pictures are going home with people to put on their walls” commented Eileen, a long-time Resident.

It was truly an exhilarating experience for the Organisers’ having never before conducted auctioneering in a gathering of enthusiasts. The amount of £700 raised was far beyond their wildest imagination. The stakes seemed high as £45 was the highest bid received amongst the various pieces auctioned on the day.

“The money will be spent by the residents, we will be holding discussions and letting them decide what they want to spend the money on” suggested Karen, who was still trying to reconcile the phenomenal success after several weeks of anxiety, in preparation for the Day.

Recognition of Service in Care Home
Scroll to top