Barton Lodge staff and residents joined together with fellow resident, Frances Jeffs (97), recently to reminisce on the remarkable four years she spent serving in the RAF during World War II and to remember others who made the ultimate sacrifice for their country.

Frances, who has lived at Barton Lodge for two years, was one of the very few women to be a flight mechanic in the RAF during World War II. Joining at 19-years-old, Frances formed a vital part of the flight crew, plotting flight paths and performing systems checks to ensure the Spitfires she was on board made smooth progress. 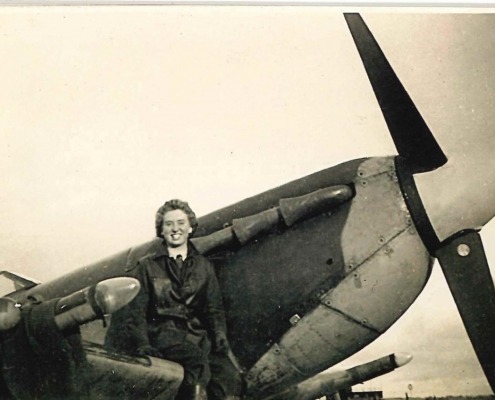 Recounting her time in the RAF, Frances, whose father served in The Royal Horse Guards, said; “My favourite memories of flying in Spitfires was the thrill of taking off!

“I enjoyed being in such a prominent position and having all those responsibilities. I feel very proud to have helped our country during the war and for being one of the few women to hold the position of flight mechanic where I was based.” 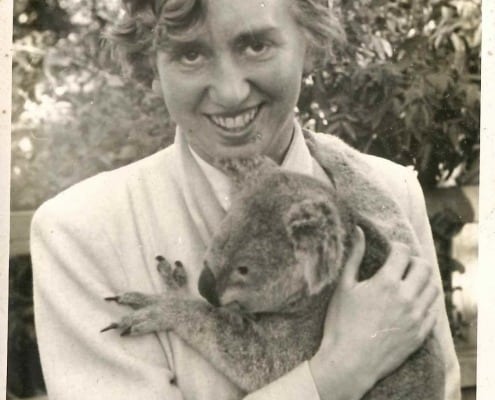 Reminiscence therapy plays a key role for people living with dementia and the residents at Barton Lodge benefit hugely from this kind of storytelling.

Barton Lodge Manager Amanda Cooper said; “Frances has led an extraordinary life and it’s so humbling and interesting to hear the stories of all our residents.

“Marking the sacrifices made by all those people who have served in conflicts around the world to protect our way of life is such an important thing for us all to do.

“It’s particularly important to people of this generation and their families who have been so personally touched by the stories that we hear, it’s always a big day in our calendar.”

We hope you enjoyed hearing about Frances’ remarkable story as much as we did! To read her article in the Daily Echo, please click here.

If you would like more information about the care we provide at Barton Lodge, please contact our dedicated team here.